The history of sandwiches

At the very least, everyone has probably heard the name of the fourth Earl of Sandwich (born John Montagu), the British statesman whose name is forever affixed to our favorite lunchtime staple. What people may not know is that the foundations of this comfort food were laid long before the Earl's time.

In fact, Arabs had already started stuffing meat inside pita bread centuries before the Earl came up with his delicious snack. He may not have been the first to eat meat between two slices of bread, but Sandwich did lend the now-famous food his name. According to one account, on Nov. 3, 1762, the Earl was deep into a marathon poker game and couldn't be bothered to leave the gaming table for dinner. As a solution, he asked a servant to bring him a piece of meat - stuffed between two slices of toast so he wouldn't smear food on his cards. Another story counters that it was actually work, rather than play, that kept the Earl from the dinner table. Either way, the meat-between-bread idea caught on, and it was dubbed the "sandwich" in the Earl's honor.

A sandwich is as a food item consisting of one or more types of food, placed on or between slices of bread.

Since then, the sandwich has branched out considerably. From its basic beginnings, it has expanded to include a variety of fillings and breads. Today, everything from salami on rye to filet mignon on ciabatta can claim the name "sandwich". 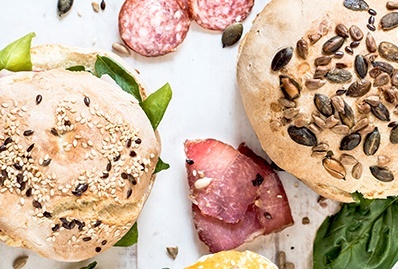 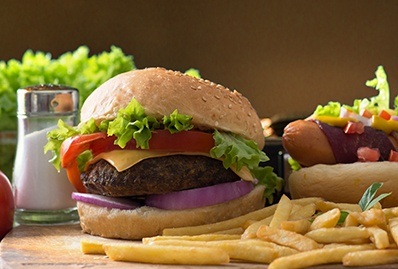 Thank you for such an informative post! It was really useful to learn something new about my favorite food - sandwiches. I’m looking forward to other posts of your blog.

Thank you for your comment! It’s good to know that my posts can give some new information and sometimes even educate our website visitors.

Very useful post! Thanks for sharing! Soon I’ll be planning my visit to your restaurant to taste some of your amazing sandwiches and, of course, other dishes you offer!